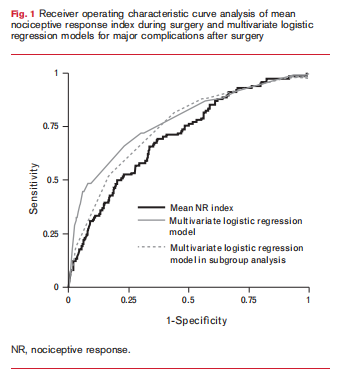 major complications after gastrointestinal surgery under

BACKGROUND Surgical procedures stimulate nociception and induce physiological responses according to the balance between nociception and antinociception. The severity of surgical stimuli is associated with major postoperative complications. Although an intra-operative quantitative index representing surgical invasiveness would be useful for anaesthetic management to predict and prevent major complications, no such index is available.