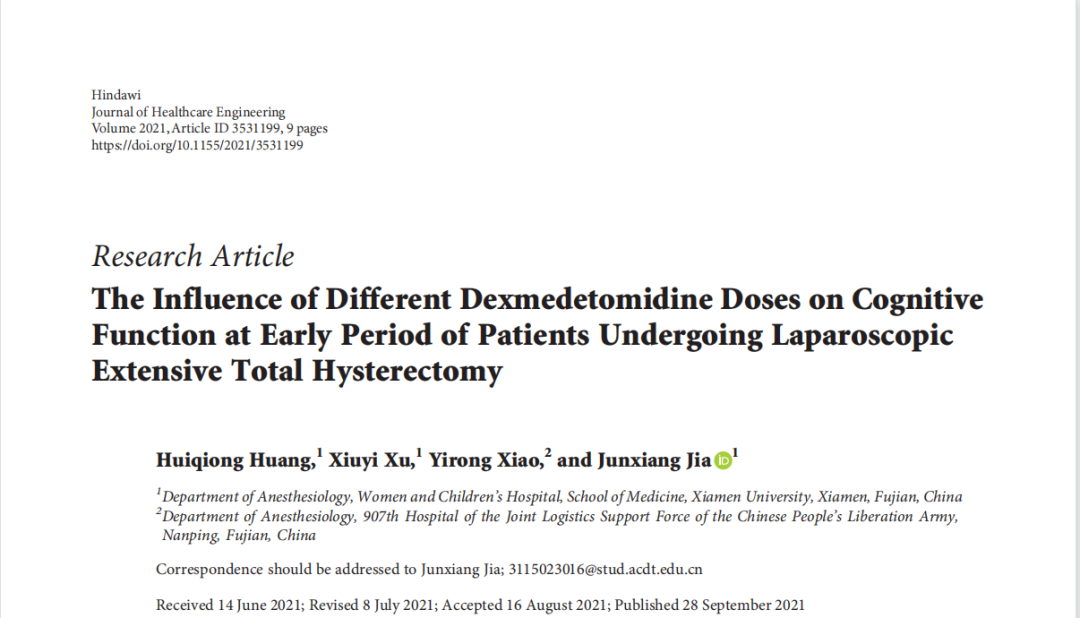 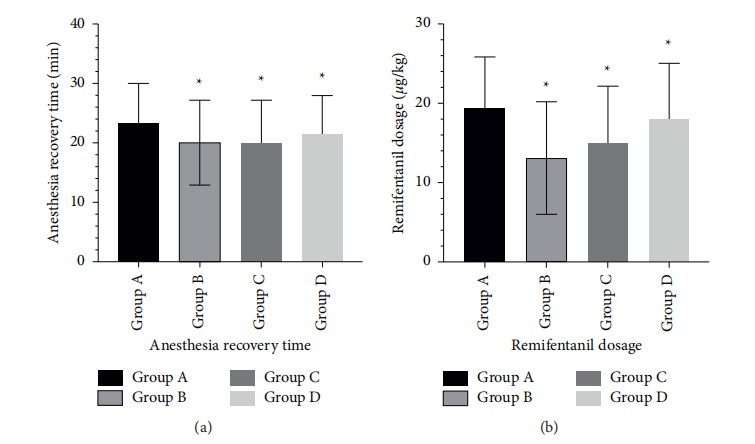 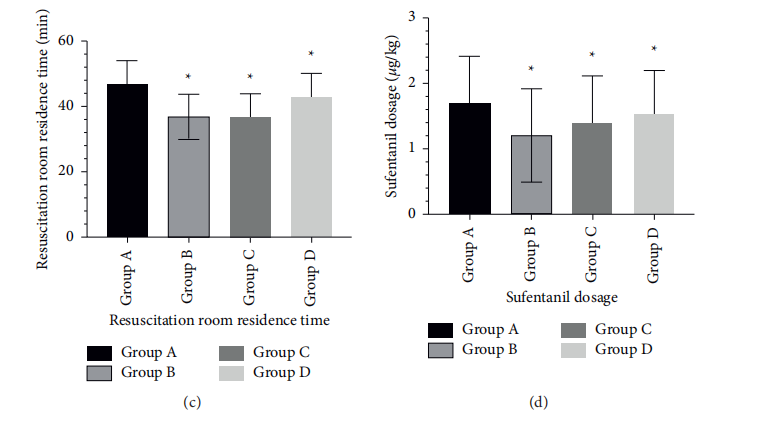 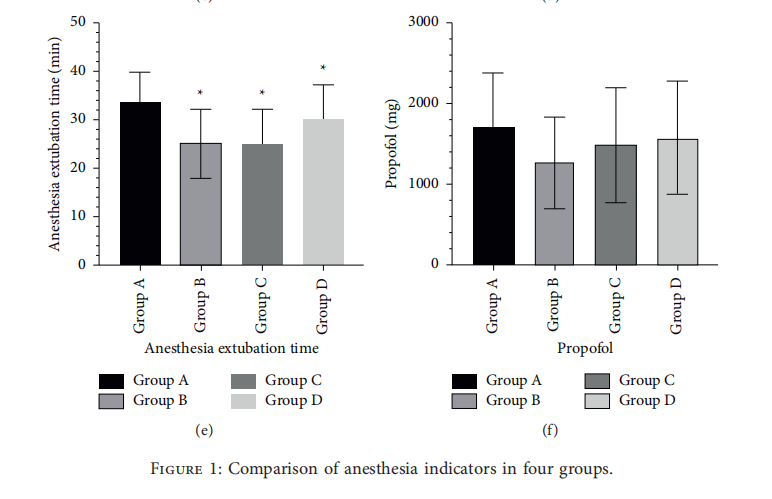 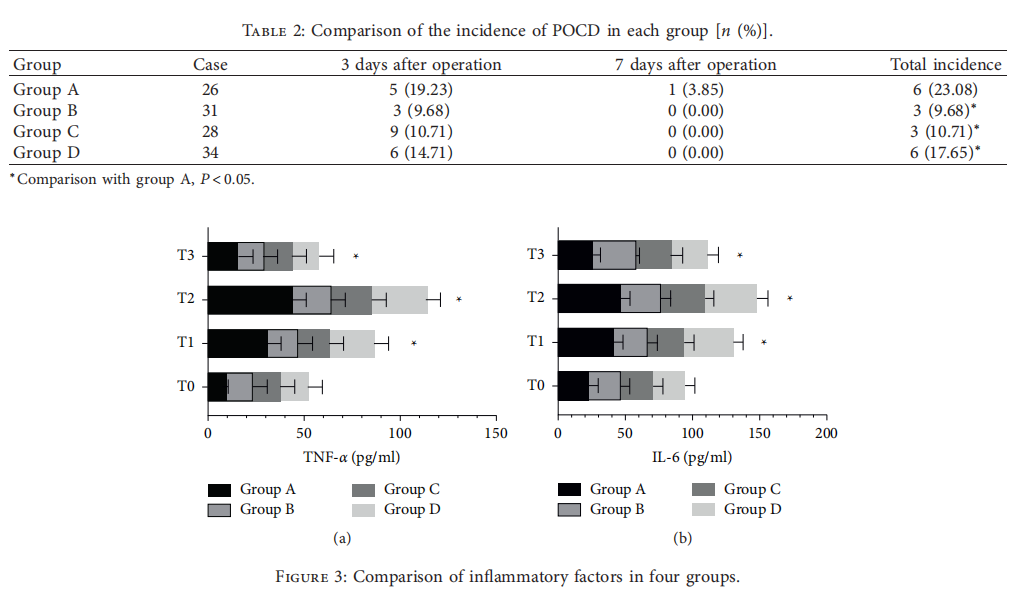 Method:119 patients with gynecological cancer underwent a laparoscopic extensive total hysterectomy. The operation was performed at the Affiliated Women's and Children's Hospital of Xiamen University from January 2019 to June 2020. The score of MoCA and the level of TNF-, IL-6, S-100 protein, NSE, and GFAP of each group were compared 1 day before and after operation and 3 and 7 days after operation.

Result: In four groups, remifentanil, sufentanil, and propofol were given in the following order: group A > group D > group C > group B. Group A > group D > group C in terms of time spent in the recovery room, extubation, and recovery from anesthesia. The difference between groups B and C was not significant ( > 0.05). Compared with group A, group B scored higher in MoCA at 1 day (T1), 3 days (T2), and 7 days (T3) after operation ( < 0.05). At the same scoring point, the score was group B > group C > group D > group A. The POCD of four groups all occurred at 3 days after surgery. Compared with the T0 point, the level of TNF- and IL-6 of the four groups at T1 and T2 was significantly increased ( < 0.05). At T3, the level of TNF- and IL-6 gradually decreased. At various periods, the levels of S-100 protein, NSE, and GFAP in groups B, C, and D were lower than those in group A (P0.05). Group B had a substantially higher rate of bradycardia than the other three groups (P0.05). The incidence of chills, respiratory depression, and restlessness in group A differed significantly from the other three groups ( < 0.05).

Conclusion: Using 0.5 g/kg dexmedetomidine during the perianaesthesia can effectively reduce anesthetic drugs in patients. They had a laparoscopic extensive complete hysterectomy, which helps to reduce the adverse responses and the occurrence of POCD while also protecting brain function.