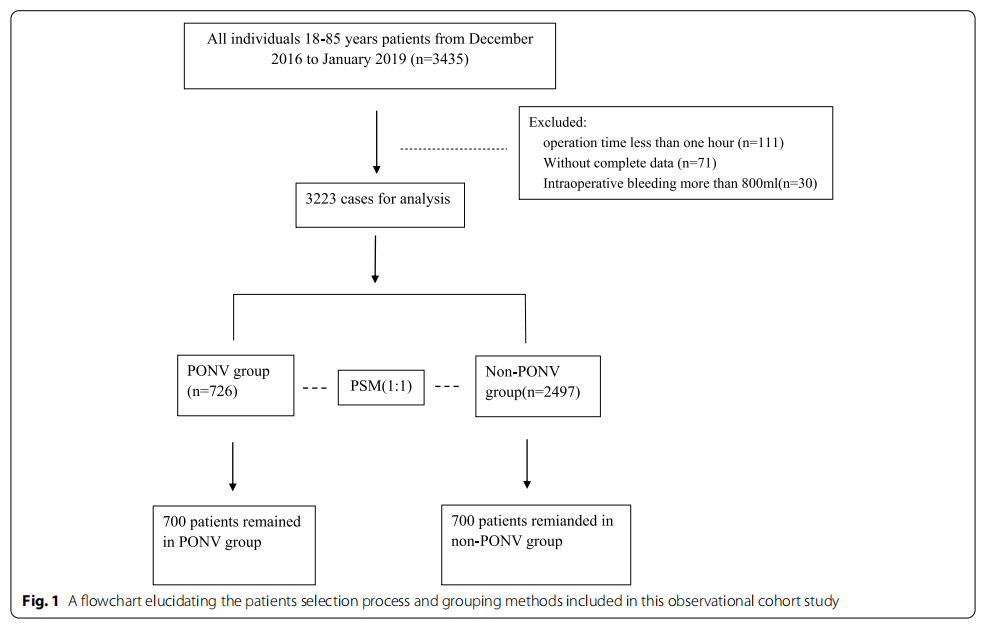 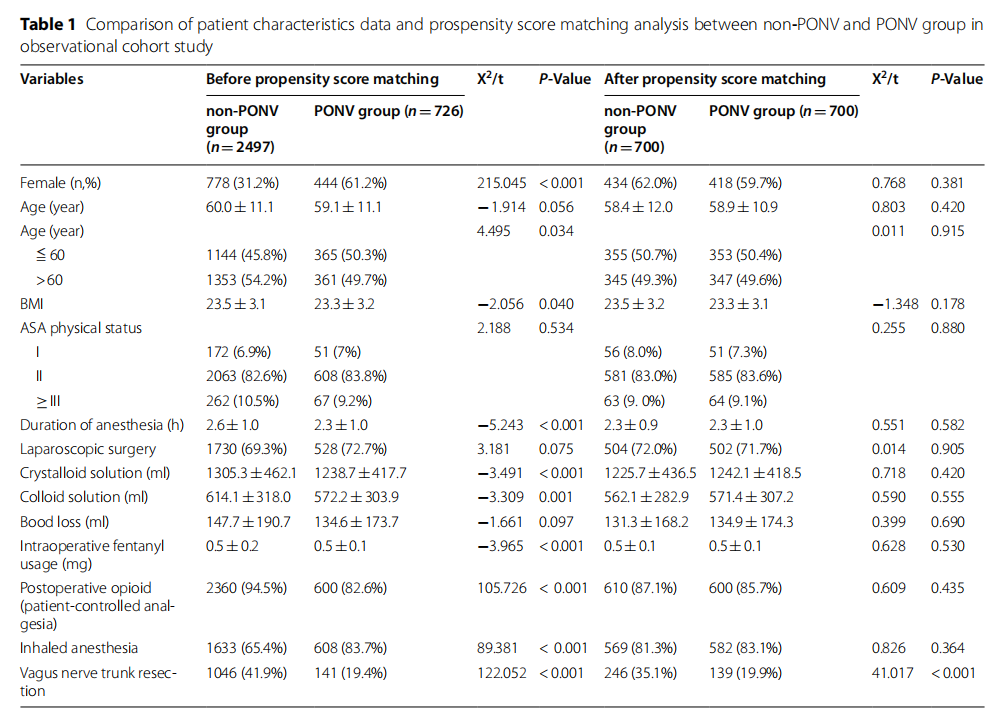 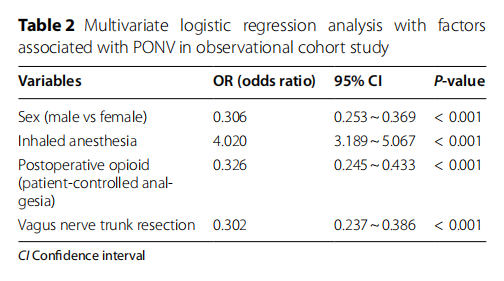 Background: Postoperative nausea and vomiting (PONV) as a clinically most common postoperative complication requires multimodal antiemetic medications targeting at a wide range of neurotransmitter pathways. Lacking of neurobiological mechanism makes this ‘big little problem’ still unresolved. We aim to investigate whether gut-vagus-brain reflex generally considered as one of four typical emetic neuronal pathways might be the primary mediator of PONV.

tomy) from December 2016 to January 2019 were enrolled. Thirty cases of gastrectomy with selective resection on the gastric branch of vagus nerve were also recruited. Nausea and intensity of vomiting was recorded within 24 h after the operation.

19.9% of the whole PONV incidence, much less than that observed in the non-PONV group (35.1%, P <  0.01). Multivariate logistic regression result revealed that vagotomy was one of underlying factor that significantly involved in PONV (OR = 0.302, 95% CI, 0.237-0.386). Nausea was reported in 5.9% ~ 8.6% vagotomy and 12 ~ 17% non-vagotomy patients. Most vomiting were mild, being approximately 3% in vagotomy and 8 ~ 13% in non-vagotomy patients, while sever vomiting was much less experienced. Furthermore, lower PONV occurrence (10%) was also observed in gastrectomy undergoing selective vagotomy. 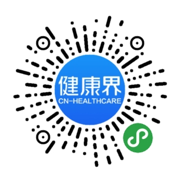