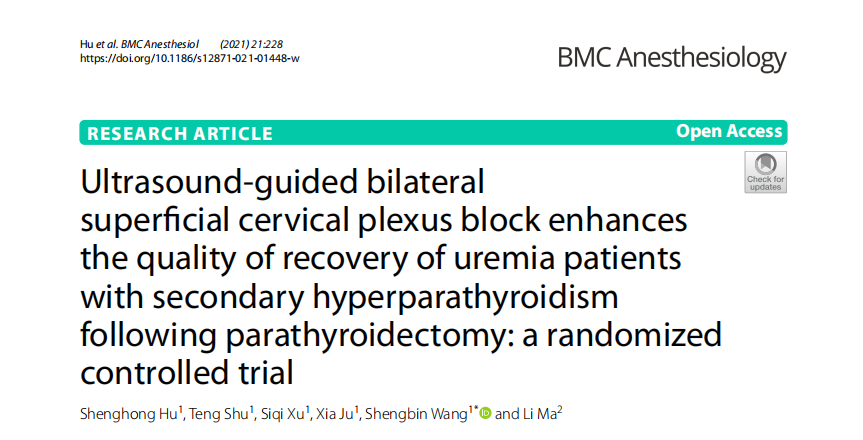 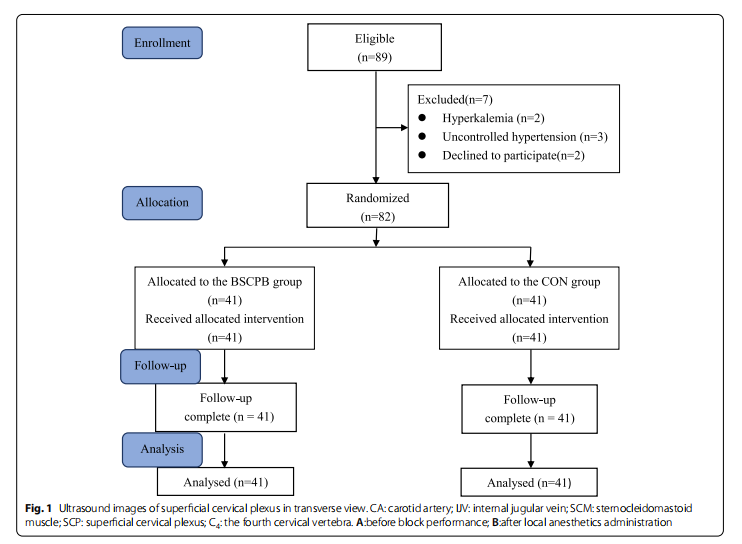 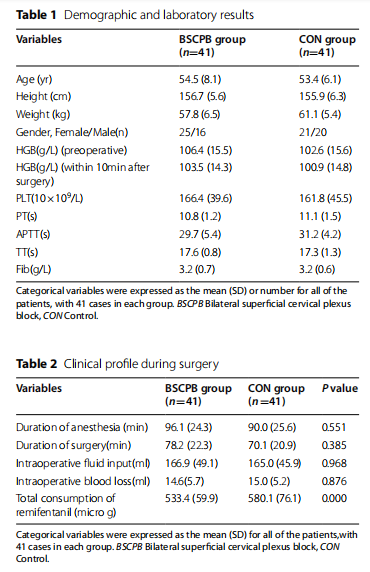 Background: Parathyroidectomy has been proposed as a method for reducing parathyroid hormone levels. We evaluated the effects of ultrasound-guided bilateral superficial cervical plexus block (BSCPB) on the quality of recovery of uremia patients with secondary hyperparathyroidism (SHPT) following parathyroidectomy.

Method:Eighty-two uremia patients who underwent parathyroidectomy and exhibited SHPT were randomly allocated to the BSCPB group or the control group (CON group). The patients received ultrasound-guided BSCPB with 7.5 ml of ropivacaine 0.5% on each side (BSCPB group) or equal amount of 0.9% normal saline (CON group). The primary outcome of the Quality of Recovery-40(QoR-40) score was recorded on the day before surgery and postop-erative day 1(POD1). Secondary outcomes including total consumption of remifentanil, time to first required rescue analgesia, number of patients requiring rescue analgesia, and total consumption of tramadol during the first 24 h after surgery were recorded. The occurrence of postoperative nausea or vomiting (PONV) and the visual analogue scale (VAS) scores were assessed and recorded.

Results:The scores on the pain and emotional state dimensions of the QoR-40 and the total QoR-40 score were higher in the BSCPB group than in the CON group on POD1 (P = 0.000). Compared with the CON group, the total

Conclusion:Ultrasound-guided BSCPB with ropivacaine 0.5% can enhance the quality of recovery, postoperative analgesia, and reduce the incidence of PONV in uremia patients with SHPT following parathyroidectomy.