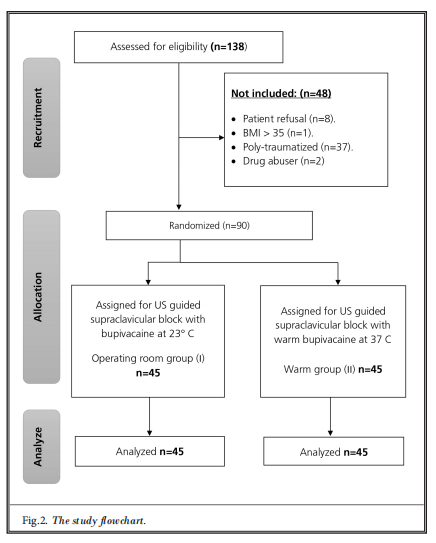 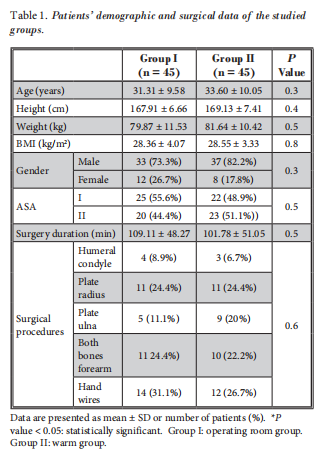 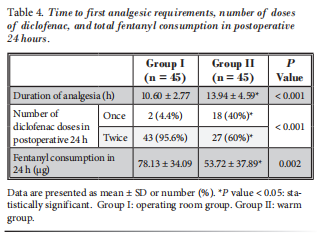 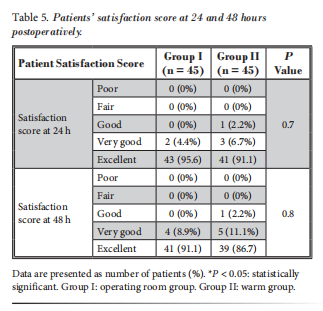 Background: Changes in local anesthetics temperature may influence the characters of the peripheral nerve block. The effect of warmed bupivacaine on supraclavicular brachial plexus block has not yet been evaluated.

Methods: Ninety patients who underwent elective or emergency orthopedic surgery below the mid-arm were included in this study. Patients were randomly allocated into 2 groups and received ultrasound-guided supraclavicular brachial plexus block. Group I received 30 mL 0.5% bupivacaine at 23°C. Group II received 30 mL bupivacaine 0.5% warmed to 37°C. The onset of sensory and motor blocks, postoperative pain severity, the duration of sensory and motor blocks, and the time to the first analgesic requirement were evaluated in all patients.

Limitations: Postoperative assessment of the offset of the sensory and motor blocks of the individualized nerves was inaccessible, in addition to a small sample size.