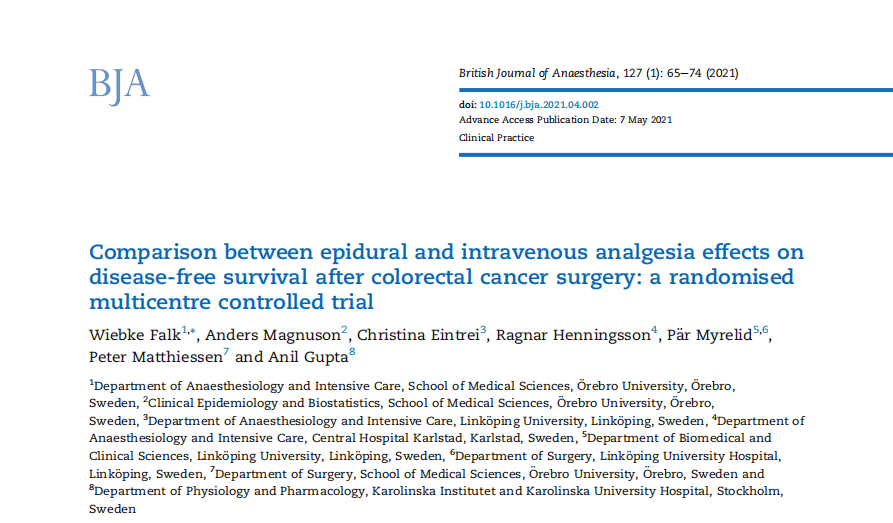 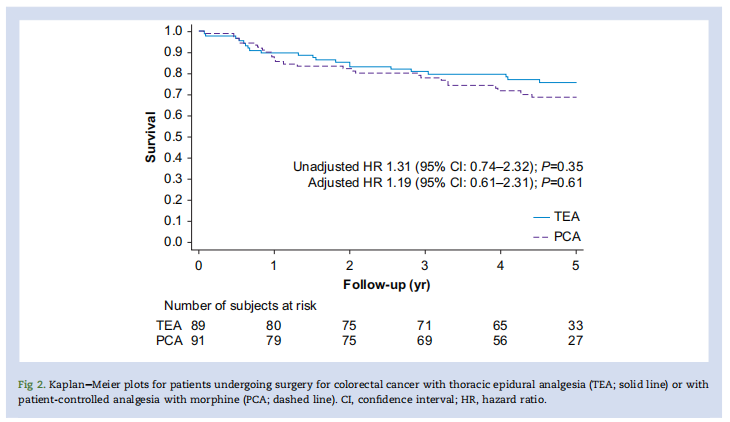 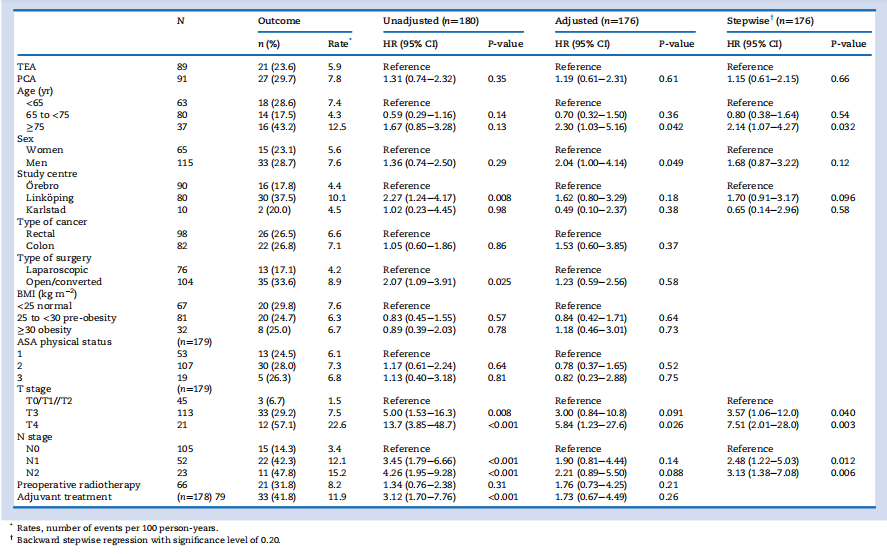 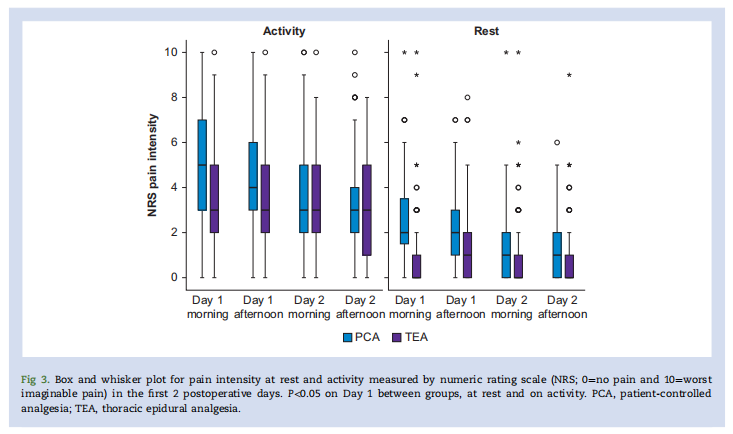 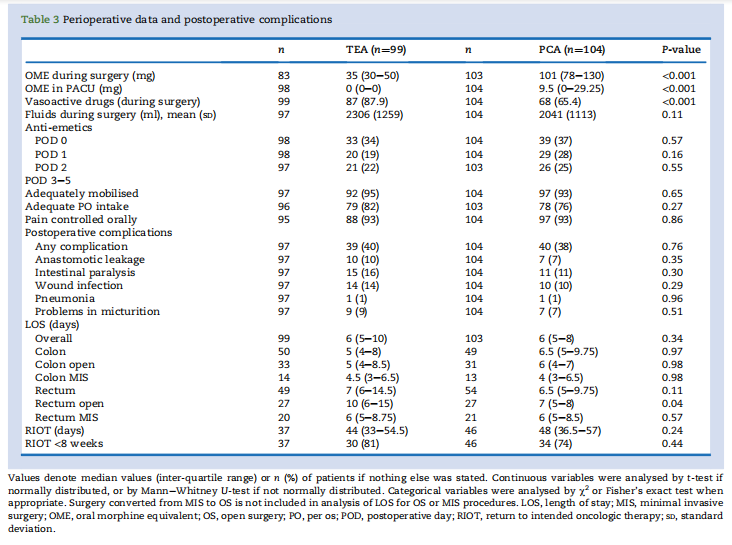 Background: Thoracic epidural analgesia (TEA) has been suggested to improve survival after curative surgery for colorectal cancer compared with systemic opioid analgesia. The evidence, exclusively based on retrospective studies, is contradictory.

Methods: In this prospective, multicentre study, patients scheduled for elective colorectal cancer surgery between June 2011 and May 2017 were randomised to TEA or patient-controlled i.v. analgesia (PCA) with morphine. The primary endpoint was disease-free survival at 5 yr after surgery. Secondary outcomes were postoperative pain, complications,

length of stay (LOS) at the hospital, and first return to intended oncologic therapy (RIOT).

procedures. There were no differences in postoperative complications, LOS, or RIOT between the groups.

Conclusions: There was no significant difference between the TEA and PCA groups in disease-free survival at 5 yr in patients undergoing surgery for colorectal cancer. Other than a reduction in postoperative pain during the first 24h after surgery, no other differences were found between TEA compared with i.v. PCA with morphine.